Get to know your nursing leaders.

Tonia W. Hale is Chief Executive Officer and Chief Nursing Officer for Blue Ridge Regional Hospital in Spruce Pine. Tonia is a proven leader with more than 32 years of progressive healthcare experience. A native of East Tennessee, she holds an associate’s degree in nursing from Walters State Community College, a baccalaureate degree in nursing from the University of Tennessee, a master’s degree in organizational management from Tusculum University and a doctor of nursing practice degree in executive leadership from East Tennessee State University. She is currently a resident of Burnsville. 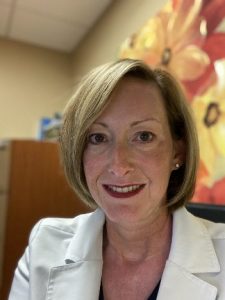 Harwood has been a nurse for 21 years with 15 of those years in the post-acute setting of home health where she started as a visiting case manager. She most recently served as the Clinical Services Director in Med-Surg, ICU, and PCU areas. Before being asked to take this leadership position in the acute care setting, Harwood served as a home health director for four years. She has also held several  leadership roles in the post-acute setting. 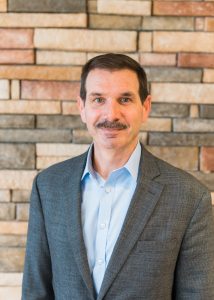 Tom most recently held the position of Chief Executive Officer of Community Health Systems (CHS). During his time with CHS, he served as Chief Executive Officer of both Berwick Hospital Center in Berwick, Pennsylvania, and Greenbrier Valley Medical Center, Ronceverte, West Virginia. As CEO of Berwick Hospital Center, Tom helped to rebuild their primary care physician base and also led efforts to bring about significant improvements in patient experience scores, safety and quality outcomes.

Tom has an MBA from the University of Louisville, MHA from the California College of Health Sciences, BSN from Regents College of New York and an ADN from Jefferson Community College.

Wolfenbarger is board certified in Healthcare Management and is a fellow of the American College of Healthcare Executives (ACHE). For more than three decades she has served hospitals and health systems in east Tennessee, most recently as Chief Operating Officer/Chief Nursing Executive at Jefferson Memorial Hospital in Jefferson City, Tennessee. In that role her accomplishments included achieving Top 100 Hospitals designation three years in a row, and achieving Top Performer status from The Joint Commission for two consecutive years.
She previously held leadership positions at Morristown Hamblen Healthcare System in Morristown, Tennessee, and Cherokee Health Systems in Talbott, Tennessee. Wolfenbarger also served for several years as instructor/adjunct faculty for first- and second-year RN associate degree students at Walters State Community College in Morristown, Tennessee. Wolfenbarger holds both bachelors and masters of science degrees in nursing from the University of Tennessee. 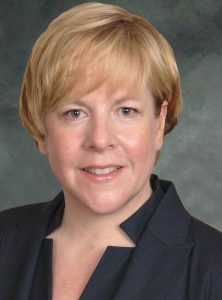 Pilon’s career began with bedside nursing, which continues to reinforce her commitment to excellence in the healthcare profession.
Pilon has over 10 years of leadership experience including Memorial Hospital of Martinsville in Martinsville, Virginia, where she served as Chief Nursing Officer; Davis Regional Medical Center in Statesville, where she served as Chief Nurse Executive; Morehead Memorial Hospital in Eden, where she served as Vice President of Patient Care Services and CNO; and Capital Regional Medical Center in Tallahassee, Florida, where she was Assistant CNO.
Pilon obtained her bachelor’s degree in nursing from the University of Akron in Ohio and her master’s degree in health services administration from the University of St. Francis in Illinois. Pilon is also a board certified nurse executive. 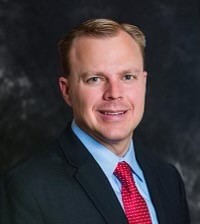 Prior to joining Mission Health, Clint held the position of Chief Executive Officer of Andalusia Health, LifePoint Healthcare, in Andalusia, AL, where he oversaw strategic planning and overall management of a 113-bed acute care facility. He also provided oversight of Andalusia Physician Services in South Central Alabama. He believes in promoting transparent communication among providers and employees, and has earned high marks for patient care, safety, culture of excellence and employee satisfaction.

Clint earned a Master’s Degree in Business Administration, Nursing, and Health Care Management from the University of Phoenix, and a Bachelor of Science in Nursing from Western Carolina University.

Published October 26, 2018 We have so many stories to tell about our dedicated and compassionate team of nurses and healthcare professionals at Mission Health. It’s hard to share them all, but one place to tell stories and spark conversation is on Twitter. I am excited to share with you that I am now on […] 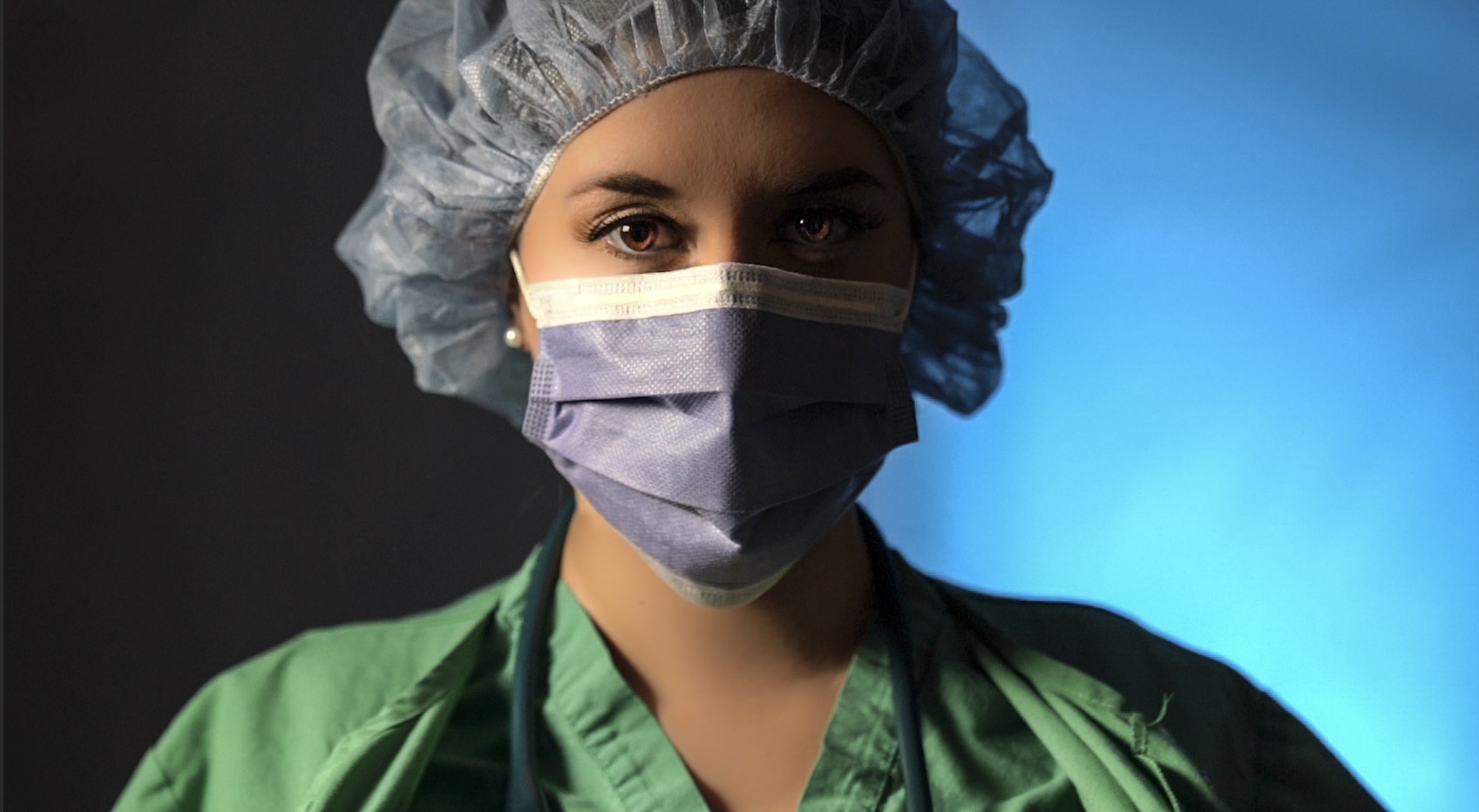 An Open Conversation: Why Do Nurses Choose Mission Health? (Video)

A panel of bedside nurses, nursing leaders and nurse educators came together for a conversation about how Mission Health supports our nurses, what programs are available to help you advance in your career and how all of our care teams are working together to improve the health and well-being of our western North Carolina community. […] 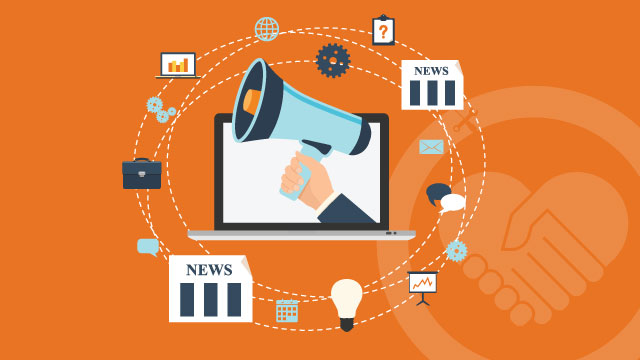 This past July, we’ve reflected on our roots and looked to the future. Our CNOs took some time to discuss our potential deal with HCA Healthcare, the recently announced Dogwood Health Trust and the many communities Mission Health works within. At Angel Medical Center, President and CNO, Karen Gorby discussed the future of Angel Medical […] 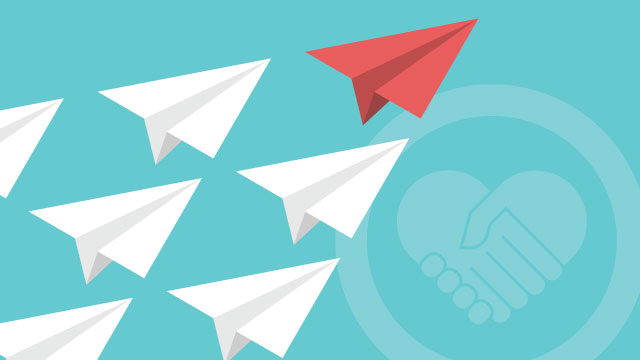 Any journey or trip is the most enjoyable when you are alongside your loved ones, companions, friends and teammates. And that is how I see our Journey to Magnet®. We are Trailblazing to Nursing Excellence together…and it is truly an honor. When I think about Magnet® and what it means to be a “Magnet® facility,” […]

Summertime has finally arrived bringing warm weather and community events around WNC with it. From awards, to community conversation nights, to facility upgrades – our CNOs had a lot to share and exciting engagement opportunities for their communities. Get the latest on nursing at Mission Health from our nursing leaders in this month’s CNO columns. At […]

There was much to celebrate in our workplace and communities in May. From National Hospital week, to National Nurses week and even the opening of our system’s newest and most innovative facility, our CNOs recognized all the amazing work and progress that has been happening at Mission Health. Get the latest on nursing at Mission […] 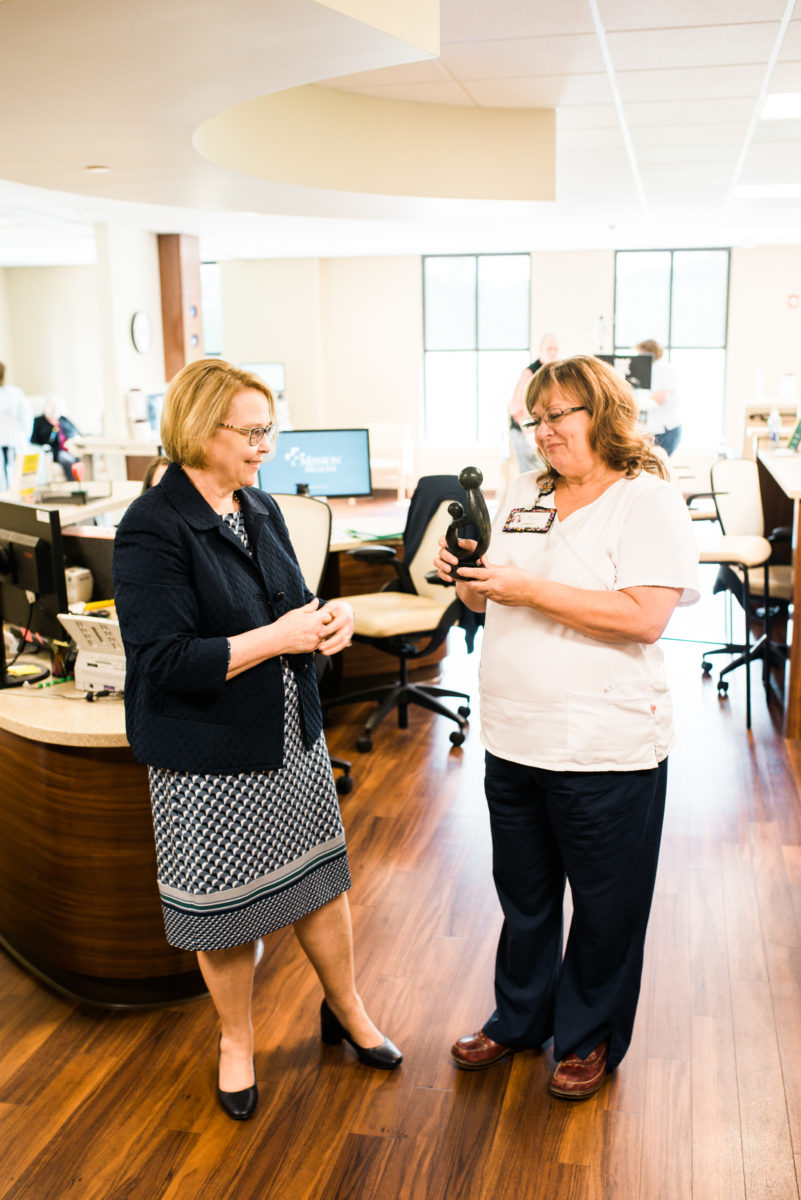 During Nurses Week, Mission Health recognized our extraordinary nurses across our region by honoring them with a DAISY Award. Congratulations to Angel Medical Center’s honorees for the 2018 DAISY Award for Extraordinary Nurses! Christy Vinson-Griffin, RN, Cancer Care Nomination from a team member “In my 43 years as an RN, I have not met a more dedicated […] 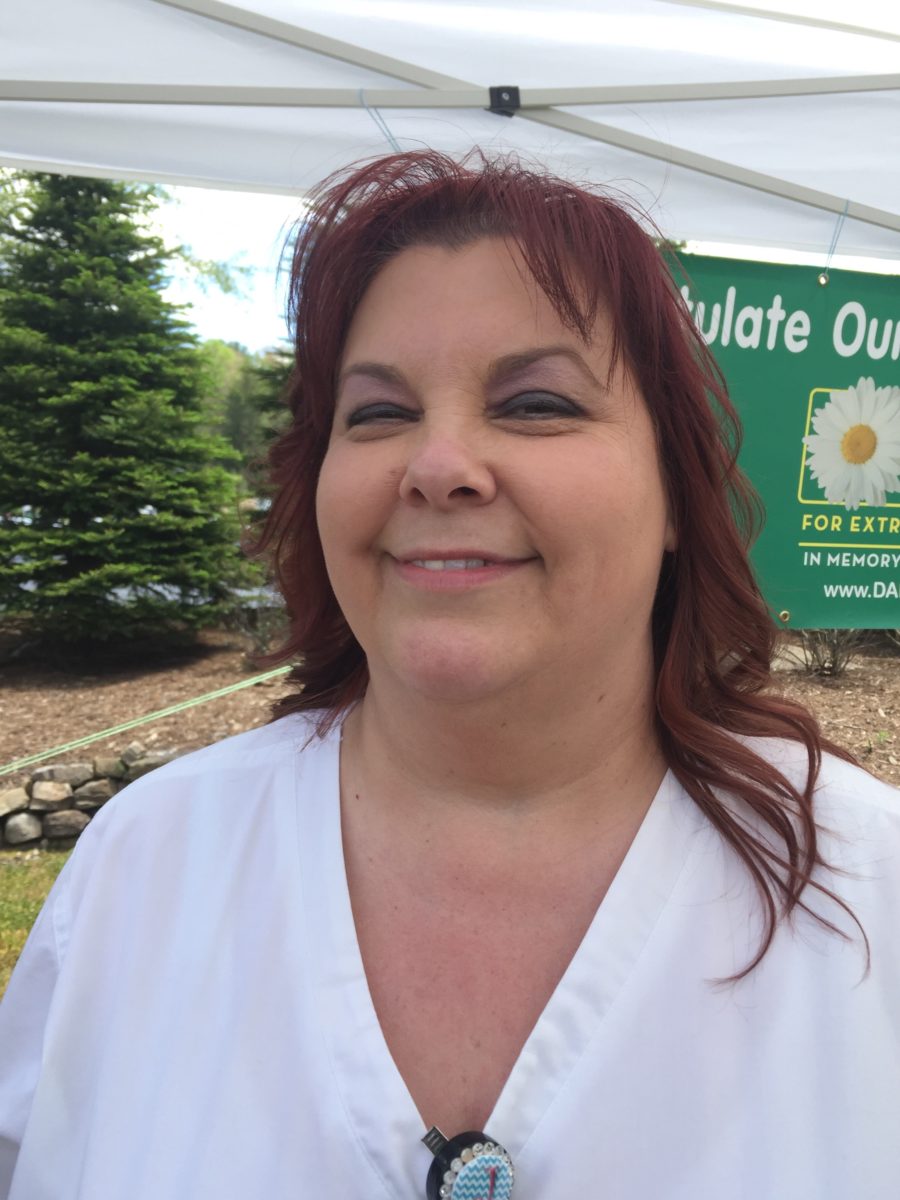 During Nurses Week, Mission Health recognized our extraordinary nurses across our region by honoring them with a DAISY Award. Congratulations to Blue Ridge Regional Hospital’s honoree for the 2018 DAISY Award for Extraordinary Nurses! Janet Street, RN, BSN, Team Leader, Cancer Care Nomination from a team member “In her role in Cancer Care, Janet has the unique […] 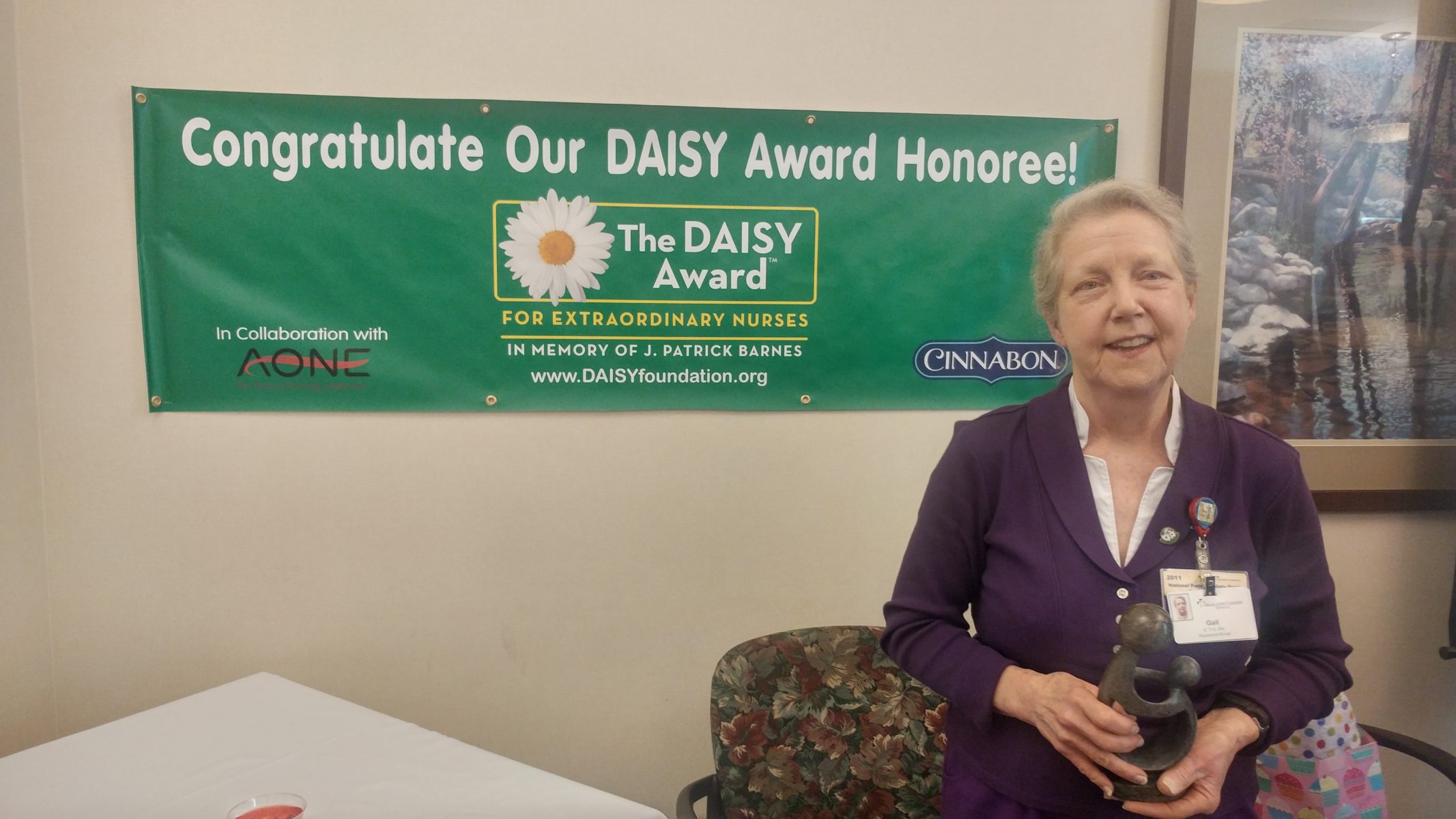 During Nurses Week, Mission Health recognized our extraordinary nurses across our region by honoring them with a DAISY Award. Congratulations to Gail, Tritt, RN in acute care at Highlands-Cashiers Hospital for being recognized as the hospital’s 2018 DAISY Award for Extraordinary Nurses honoree. (Visited 215 times, 1 visits today) 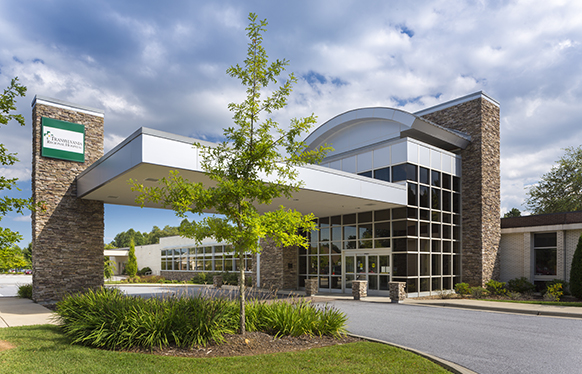 Much to Care About in May 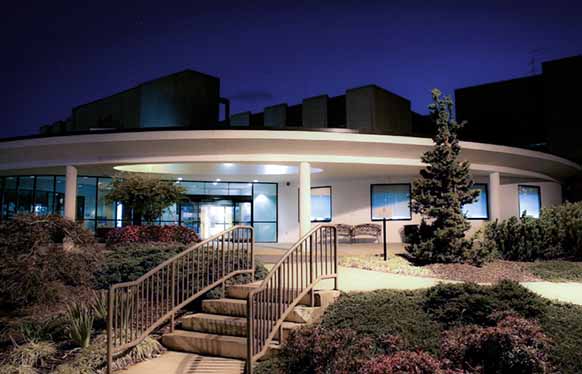 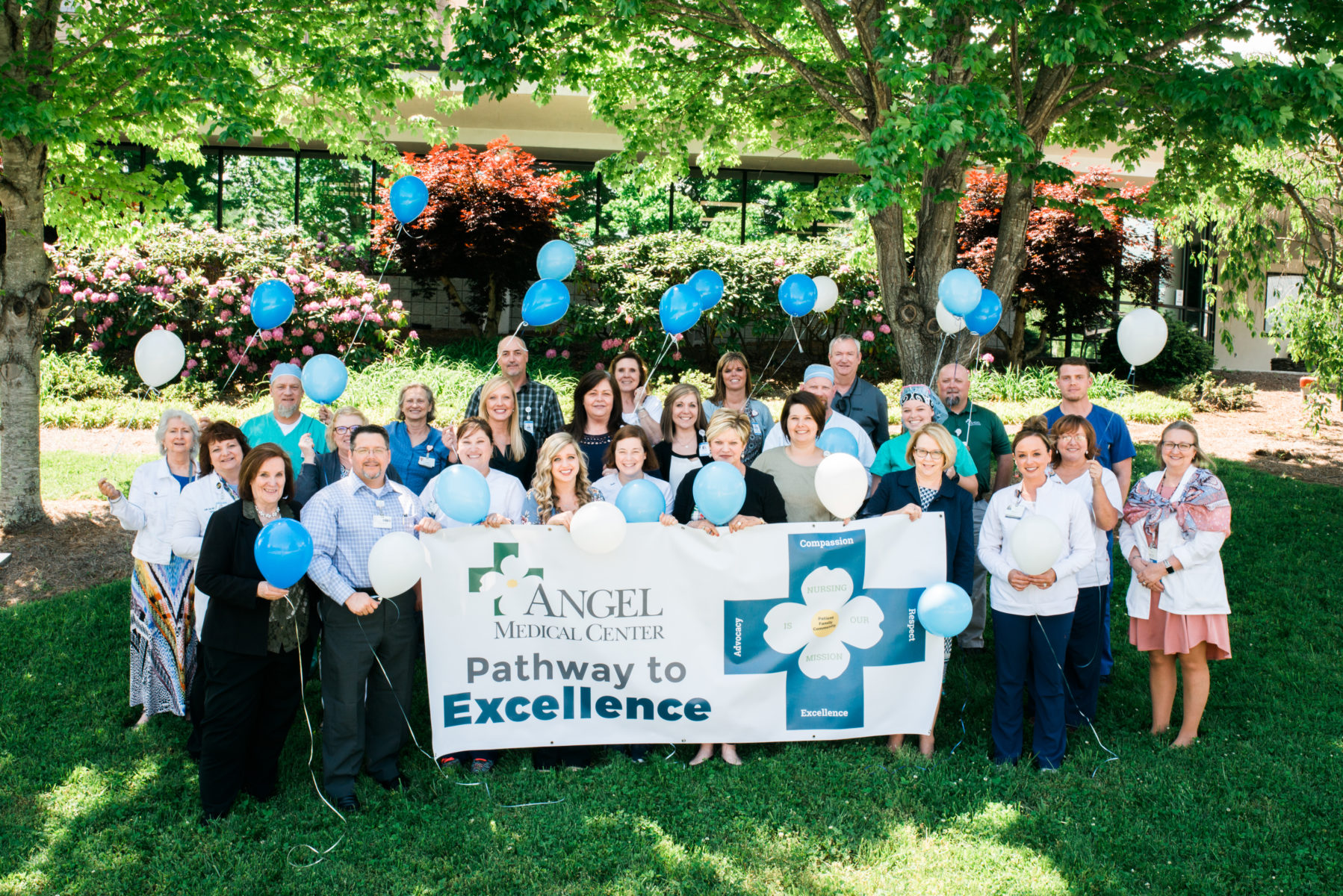 Angel Medical Center Celebrates Application to be a Pathway®-Designated Hospital

Angel Medical Center (AMC) celebrated its application to be a Pathway®-designated hospital on Wednesday, May 9. The Pathway to Excellence Program® recognizes healthcare organizations that achieve and maintain a healthy workplace for professional nurses. AMC is our system’s third hospital to pursue Pathway to Excellence® – following Mission Hospital and Blue Ridge Regional Hospital. Pathway […]